By Maastrichtconventionbureau30 May 2017May 2nd, 2019No Comments

Welcome to our new feature A word from the expert. In this feature, we introduce someone who has organized a conference in our region or will do so in the future. This month, we introduce with pleasure prof Kleinjans, PhD of the department Toxicogenomics of the Maastricht University. Last month, prof Kleinjans, together with his colleagues prof Theo de Kok and dr René Reijnders, won the Brightlands Convention Award 2016.

1. Why did you choose your specialism?

“Biology as PhD study because it is fascinating to research how complex the nature is (including the functioning of the human body) whilst at the same time, it seems so apparent that everything functions as it should.
Toxicology because it is fascinating that body odd materials have an effect on the functioning of the body and because toxicology in that respect is more critical than pharmacology (in which I promoted).”

2. Which conferences have you managed to acquire for the Maastricht Region? Which USP’s did you use?

“World Congress on Alternatives and the Use of Animals in Life Sciences (WCA), 23-27 August 2020
The WCA conference is a multi day conference which is held every 2 to 3 days and attracts around 1,200 delegates. This conference brings added value to science and the society we live in. Maastricht (2020) is next in line after the following cities: New Orleans (2002), Berlin (2005), Tokyo (2007), Rome (2009), Montreal (2011), Prague (2014) and Seattle (2017). To Maastricht, this conference is important because our government strives for the Netherlands to be leading in innovation techniques without laboratory animals in 2025.

3. Which were the competitive cities and what was the decisive reason to choose for Maastricht?

“Decisive were the central international location and accessibility of Maastricht a relatively large conference centre and a large number of hotel rooms, the Maastricht University, the lucidity, and all this combined with a touch of culinary, Burgundy mentality.”

4. What important themes will be discussed during the conferences?

“WCA: At the conference, the latest innovations in the field of alternatives for animal use will be discussed, as well as their application within the industry, science and regulatory organizations. But also the societal and ethical impact of these developments.
IUTOX: At this conference, the latest innovations and developments in the field of toxicology are reviewed.”

5. What does the Maastricht Convention Bureau mean to you?

“It is an ambitious partner with a lot of experience with international conferences. An independent, supportive and stimulating partner. Not only for acquiring conferences and making bidbooks, but also an essential pivotal role and coordinator between and with all parties involved en companies part of the conference, such as hotels, restaurants, shops, suppliers and social cultural activities.” 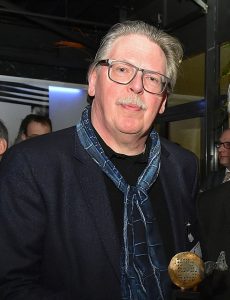